Whether it be tourists visiting Hualien or local residents, everyone should be familiar of Taroko Gorge and Chisingtan. From the memorial archway of East-West Cross-Island highway located at the foot of the entrance, passing by Shakadang Trail, Ever Srping Shrine, Buluowan, through Swallow’s Grotto, Tunnel of Nine Turns, Cihmu Bridge, and finally arrives at Tiansiang, these names are familiar even to me, an overseas Taiwanese who only resided in Hualien for no more than two years.

Chisingtan is no exception. From this end to that end, I have walked along its shoreline countless times, and even though it is a beach (with the connotation of fun and excitement), after a while the attraction fades. Listening to the waves crushing against the rocky shoreline at dawn or late at night is a luxurious leisure, and yet once the sun is up and the crowds approach, it somehow loses its enchanting vibe.

Before I continue any further, I must confess my love for O’Rip’s bimonthly, because the photography, art design and content communicate a sense of beauty of living in the present, and reveals the history and culture behind the scenes of Hualien-Taitung.

The latest issue of O’Rip introduced Sincheng and Sioulin, which included both Taroko and Chisingtan in their scenic spots. I saw a hand-drawn double-paged map few pages in, which was fascinating, since anything that abandons technology and reverts back to simplistic crafts indulges me. As I read further, I began to discover locations I had never heard or seen before, especially reading a story about a foreigner residing in Hualien and opened a pizzeria; it was something I had to see for myself.

“Hot Summer” is the name of Terry’s pizzeria. The idea of “summer” originated from his last name, Sommers, due to their approximation in pronunciation. For a cuisine explorer such as I, it was impossible for me to miss this handmade pizzeria, particularly when the owner came from a land across the ocean.

The business hour of Hot Summer during summer season is from afternoon till nighttime Friday, Saturday and Sunday, so my girlfriend and I picked a Friday night to dine at Hot Summer. I called several times before we depart, in an attempt to enquire the exact business hours, but no one answered. We decided to stick with our original plan, following the guidance of the hand-drawn map that was more symbolic than specific, and drive all the way to Chisingtan and try our luck.

Once the car was parked, I began to search for signs, and it did not take me far to find a wooden sign pointing towards Hot Summer. It wasn’t far, just few steps up a narrow street, and Terry was right there. He was standing next to few buckets of paint, and with a paint brush in his hand. Apparently he was painting on a red brick wall on the side of a building. With blue as base, he painted a huge circle composed of many small dots of yellow, white and red.

I waited for two of Terry’s guests who he was chatting with to depart, and then approached him with English. He was surprised at first, but soon smiled.

Terry later explained that the painting was an attempt for him to recreate the break of dawn he witnessed on the shoreline staring into the distant sky. If the painting fails, by adding two big eyes, one red nose and a huge smile, and no one will ever know about the failure, he added with a grin. I had to admit, I loved his humor.

The current location of Hot Summer is an old architecture, from what I had heard, it is one of the earliest buildings in the history of Hualien settlement (difficult to confirm). A quad in the middle is the restaurant itself. The kitchen is composed of a traditional oven that feeds on wood, pieced by few rectangular desks, with a canopy of grass and plastic roof overhead. Few student desks and chairs here, some benches there, with several tables scattered around, and there goes the dining area for customers. Everything here is casual, and cozy as well, a perfect fit with the ambiance of Hualien seaside.

Pizza ingredients are vegetables only, no meat; which suit vegetarians very well, as well as those meat eaters who want to take a break from their regular diet and refresh themselves with something light and refreshing. For those who do not eat onions or garlic, Italian sauce is the way to go. For those who do not mind, Mexican and pesto flavors are also great choices. There are two sizes, large and small. To me personally, small is only for tasting, since large barely fed me.

We ordered two pizzas, one large Italian style and one small Mexican style. Hot Summer’s pizza is handmade on order, begins with rolling the dough, then the sauce, ingredients, and finally sprinkled with cheese and straight into the oven. The first pizza we had was a little soft, which was unexpected to me. It was easier to eat folded or rolled. The crust tasted with strong wheat aroma, in combination with the natural sweetness of sliced tomatoes and vegetables, it was healthy and satisfying to the taste buds.

A large pizza shared by two was definitely not enough, so we ordered another small. A bite into the Mexican style pizza, did I realize that the Mexican style was actually referring to the Mexican chili. It tasted great and nostalgic as well, reminding me of my years back in the states, indulging myself in Mexican cuisines with friends.

Although the menu included Mexican burrito, I didn’t feel like trying out everything in my first visit here. Leaving some regrets would encourage further visits!

Terry has a bicycle that is of age. It is currently out of commission, due to damaged parts. He visited several bicycle shops in town, asking for spare parts to fix his bike, and in return, they all told him to simply buy a new one and retire the old. Terry explained to me that they never tried to understand nor respect his life philosophy and his attitudes towards materials.

In the past, there are many little parts on bicycles that you can change when broken; now they become one integrated part, so when it is broken, you are forced to change the entire part. Terry sighed.

I like his take on life, as genuine and simplistic as many others who migrated to Hualien, particularly in their love and cherish of things around them; in the era dominated by materialism, they have selected a life style that is contrary to the mainstream, befriending nature, in their each waking day.

What kind of reasons would motivate a foreigner from distant continent to reside in Hualien, Taiwan, for as long as eight years? I have a particular interests in these vagrant souls, hence I wish next time when I visit, I would have to pleasure to have another conversation with him, over a burrito, of course. 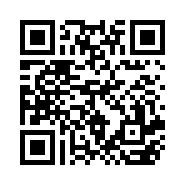