I had been listening to those same few songs over and over again, during those miserable days. In those songs, was “Farewell, Le Prince” by Katncandix2 (Kat ‘n Candi x2).

Rock music and electric guitars really grew on my back in the states, therefore whenever I hear clips of the MV “Farewell, Le Prince” broadcasted in between TV shows and commercials, or the complete versions on music channels, I could not help myself but to look up, searching for the name of this interesting band. After several times, I finally memorized the name, Katncandix2.

It was after I began searching on youtube did I truly appreciate the beauty of the lyrics as well. For about a month, I played “Farewell, Le Prince” MV over and over again, watching the sands ceaselessly pouring down upon the world, devouring everything in sight just as time devours our present; listening to the untainted, pure and innocent vocal whispers and screams, as if on the verge of tears, with a electric guitar and a drum roaring in the background like young and depressed souls with maturity forced upon them; and reading the lyrics about separation and farewell that somehow revealed a sense of relief that was founded upon courage and perseverance. After listened to the song for a while, I also grew relieved of certain things in life.

I checked Katncandix2’s information online and only then did I discover that it was a street band of two, one male band leader/producer/composer and one female vocal/writer. They were certified by the Department of Cultural Affairs three years ago and had been performing since. Street is a cruel and honest stage, amidst vehicles and pedestrians of their own agendas, the amount of audiences stopping by will be translated directly to your success and failure, despite your techniques and music genre. To be able to endure such brutal challenge day after day, they must possess enormous courage and ideal as their backbone.

Now that the second album is released, Katncandix2 has never forgotten about their origin, or the people who once supported them, in one form or the other, along the arduous path of street performers. Their success is definitely not groundless.

Young girls and boys all have a piece of Don Quixote in them, courageously wielding a spear of their puny will and point towards the enormous and predictable future; to fall in love bravely, feeling invincible to all the ill wills of the world. Until one day when they stumble upon the cruelties of the world, breaking up with a loved one, torn apart from once a sweet union, and do they finally grow up within the suffering and pain, realizing the world is not as perfect as they once thought.

This is a pivotal point in anyone’s life. They can either choose to extinguish their passions, bury their dreams, put on the facades, fulfill the expectations of those around them, and continue their lives under the roof of mediocrity; or they can choose to undertake this pain, and with all their might, and their innocence and determination, facing any challenges life would throw at them with unyielding spirits.

Tales of people who dedicate their lives to dreams and persevered unfolds around me incessantly. They have inherited the wills of Le Prince, accomplishing their dreams in their own ways. Therefore it is time for I, who was once confused and hesitant, to give my dream a shot.

* The official translation of the song title is “Goodbye Prince”, but since it is a reference to “Le Petit Prince”, therefore I decided to use “Farewell, Le Prince” as the title instead of the official one.

That summer, blazing and dazzling
Suddenly, no umbrellas were opened when rained
I lost sleep, it was my first love

You scent is gone
I still linger, the same voice in our hearts
Your smiling face, has been a while since

Few years gone by, we grew up a little
That prince in our heart, it’s time to depart

Farewell, Le Prince, your posture, as the guardian of love
Let the memories commemorate the truth of our first affection
The child who always speak forever, begins to mature
And with tears, watering the seeds of bliss

Farewell, Le Prince, our dreams are yet to dissipate
I will gather your courage and persevere
Running under the scorching sun, our fingers hook
Your city will have mine, genes of longing

And then we, went separate ways
Which sceneries are easily indulged?
Recently it rains a lot, but sun will come

Few years gone by, we grew up a little
That prince in our heart, it’s time to depart

Farewell, Le Prince, your posture, as the guardian of love
Let the memories commemorate the truth of our first affection
The child who always speak forever, begins to mature
And with tears, watering the seeds of bliss

Farewell, Le Prince, our dreams are yet to dissipate
I will gather your courage and persevere
Running under the scorching sun, our fingers hook
Your city will have mine, genes of longing 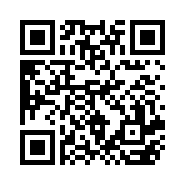