My encounter with Errantry Lodge derived from a change of thought, and upon series of unexpected coincident.

My original plan for life was forced to alter due to some abrupt events, and in the wake of this newfound vast and boundless uncertainties, or potentials, I panicked. I did not know what I was capable of, nor did I know what was available, just dumbfounded, as if enveloped by the thick mists and clouds of the Central Mountain Range, shrouding my vision, imprisoning my actions.

During those times of perplexity, the flow of time felt coagulated. Amidst those days of slow and torment, I often travel without a purpose or destination in mind. I felt the urge to speak, to anyone, as if enough conversation would alleviate some of the pain.

Those depressed moments made me awfully vulnerable to songs about dreams and tenacity. I listened to them over and over again as if self-hypnotizing, and I would sing with it until I was exhausted and out of breath. On the façade I was calm, only when I was alone would the internal turmoil reveal themselves.

It was a cold and sudden rain that chased me under the shelter of “This & That*”, and for the first time, I dined at “Neither Early nor Late”, enjoying its burritos and cheese fries. During the wait for handmade meals, I read a new book on child psychology, browsed through an issue of “Simple Ripple”, and completely slow down the pace of life, ignoring everything else but the moment. The rain lasted four hours, and I derailed from my misery, confusions and social expectations for four hours.

After a while, these series of unfortunate events somehow appeared to be favorable opportunities. The obscurity that once shrouded my future also dissipated. As it turns out, upon liberated from these expectations and arrangements, deep within my heart, I have always inclined towards my dream: a diversified writer. As the though emanated, the colossal wheels of karma began its turning.

A close friend of mine, who is foreign-born Chinese and currently residing in Hualien, encountered a similar situation as I did, struggling between his ideals and reality. His dream is to be a photographer, travelling around the globe, filming the children of poverty-stricken nations, and aid them with all his strength. When I was truly acquainted with his passion for travel, did I finally discover my knowledge of Hualien was merely skin deep.

It was then did we embark on a journey, touring in between the seas and mountains of Hualien on motorcycles, everything was impromptu. In a gloomy day of impending rain, we rode across the East Coast Mountain Range on the meandering Guangfeng Hwy. As soon as we entered the mountains, we were at first enveloped in the mountain mist and then circle above. The sight was astonishingly beautiful, as majority of the mountain peaks faded into the mists, or clouds, with only silhouette of their formers selves remained. My traditional perspective on Chinese painting was revamped as I indulged in the amazing scenery, that freehand brushworks and blank-leaving were more than just abstract techniques of representation, it could be a realistic portrayal of nature as well.

Fortuitously, I saw a poster of advertisement for a wanderer’s musical concert at “This & That”, composed by two girls. The concert was unique and ingenious, and the ambiance was calm and peaceful. With words, songs and photographs as media, these two girls narrated a tales of dream and exile. They painted their dreams, and with bright smiles they engaged all the hardships without hesitation or regrets. With concrete confidence, they strode on the path that I had concealed deep in my heart and never had the courage to face.

In the course of realizing their dreams, these two girls were raising funds for an elementary school somewhere in China by selling a book they authored of photos and simple words. The fund, they explained, would be utilized towards a notebook and several books, which would be a gift to those students upon their return, as a link to the outside world.

Again at “This & That”, I met a tourist from Taipei, Linda. She was on an exile from the intense and maniac lifestyle of Taipei, so she chose Hualien on the East Coast, to breathe a free and fresh air. My friend and I decided to take her along on our trip to Mukumugi, a beautiful site in Hualien, and on the riverside rock we sat, emptied our thoughts for the entire afternoon.

Linda had fell in love with the serenity of Hualien and the hospitality of its people, and a thought of residing here came across her mind. In the process of searching for a job, she was informed of a home stay featuring photography was hiring. Linda phoned me, asking if I would join her, and I gladly agreed, as this is an excellent opportunity to encounter more interesting people of Hualien.

That home stay was Errantry Lodge and Studio.

Due to the specific nature of the work, I was the one who stayed at Errantry, while Linda moved on with other recommendations. During my days at Errantry, Arthur, the owner of Errantry, vigorously educate me the proper work attitudes, and offered ample opportunities for me to learn, all the while treating me not as a employee, but more like a family, and for that I am forever grateful.

As life pursues its course independent from our expectations, not all endeavors yield favorable results. The two girls from wanderer’s musical concert failed to succeed in their school aid program due to political reasons; my friend was forced to prioritize money over ideals due to his economic situation; Linda is currently working in Taipei still, maintaining her Hualien Dream; and I, fortunately, is still on course with my dream, even though it is a long and arduous path.

Best wishes to all the brave souls in pursuit of their dreams, may their determination persevere, and their dreams be fulfilled. 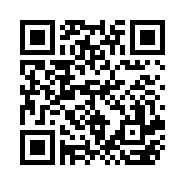