August is known as the month of typhoon, but they were absent this year; instead, was the cold and untimely rain.

A Sunday is supposed to be leisure and laidback, but there was nothing of the sort, not this Sunday. My girlfriend L, unfortunately, had to go into the office that day. After work, she suggested a trip to Chisingtan.

When down and moody, L would drive to Chisingtan and listen to the waves. Chisingtan is always the place where our relationship blossomed.

We noticed the sudden change of weather shortly before we depart, heavy rain crushing down outside the window, all the while, dense, gloomy clouds enveloped the sky from the mountains all the way to where we were, surging towards the sea. She hesitated, uncertain whether to proceed as planned. But a walk on the beach under umbrellas is just as romantic, so I insisted.

We drove along the shore all the way north, and the intensity of the rain fluctuated, as if we were driving on the borderline of the clouds. Upon our arrival at Chisingtan, the seaside just began to drizzle, with a chill in the breeze.

How about dinner at Hot Summer? She recommended.

The rain might pick up any moment, so I could not be certain whether Hot Summer was open, and she was worried too. However, we were here already, and Hot Summer was only a minute walk, so if it opens we shall dine there; if it is not, then this will be a casual stroll on the beach.

It did open that night, and it was crowded, and the only few empty seats were under the rain. On top of that, Terry informed us apologetically that both the pizza dough was out. We were late.

“Is there any burrito left?” I asked, giving it a last shot.

You have to wait a little, if there is any dough left after the pizza, I can make it, he replied.

We sat in their studio to stay out of the increasingly heavy rain. The house I mentioned before was separated into two compartments, one for home stay, and one as a studio/bedroom/shop. There were many handicrafts from natural material, like key rings made from dried plants that I had no name for, or many tree tumors labeled as for hitting heads (but in actuality it hurts, real bad), and strangely, peripheral products of Harry Potter. What stood out to me was Ki Ma’s handmade soap, and so was the business card of “This & That”, one of my favorite places in Hualien.

“I can make a burrito for you.” Terry said in Mandarin, with a strong accent.

I took it gladly. Although it wasn’t quite adequate as dinner for two, but as a new experience, it was plenty.

Waiting is an integral part of handmade cuisine. In this small studio/bedroom space, we played around with the little gadgets, read magazines, chat about each other and how our relationship began. Since all the coffee is grinded in the studio, once customers outside ordered coffee, the space was immediately filled with fragrant aroma of coffee beans.

When the burrito was served, the size of it was much large than I expected, and it appeared to be completely different from any burrito I had ever seen. My surprise was genuine.

The burrito here abandoned the conventional tortillas and came up with brown crust instead. After baked in the oven, the crust was crispy on the outside. It was garnished with some sort of brownish powder (something wheaty it seems) and some salsa on the top. Once cut open, the fillings were salsa, potato cubes and Mexican chili. The tomatoes and lime juice from salsa was refreshing, and the potato cubes and Mexican chili were rich and filling.

The burrito fillings I had grew accustomed to were long rice, black beans, bean paste, cheese, guacamole and salsa (or different combination from the list), accompanied by one type of meat, therefore when I first tasted Hot Summer’s burrito, it was unique. Although when I was spoiling myself with the burrito, I couldn’t help to think, if the potato cubes are to be replaced by baked, soft potatoes, it might be even better (or not)!

We cut the burrito in half, and grabbed it with our hands. The brown crust fresh from the oven was sizzling hot and so were the fillings, we took each bite with care.

The rain reduced to a drizzle. We paid for the burrito, chatted with Terry a little (he was still occupied with the other guests, so it was brief), and decided to take a casual walk on the beach. Before parting, I noticed the brick wall painting from last time was different, it was more complete now. The colorful dots of the sun were denser than before, and three triangles at the bottom symbolizing the rays of the sun. Looking at the painting, we both smiled. 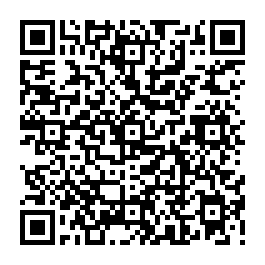